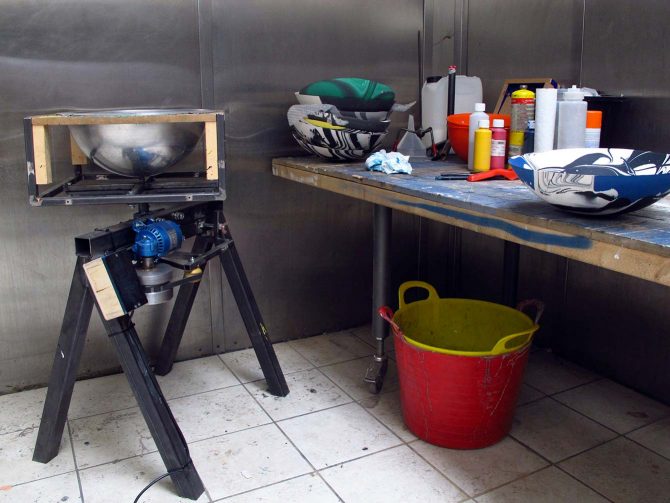 In 1689, scientist Isaac Newton conducted an experiment to test his theory of rotational movement on liquids by spinning a bucket of water suspended by a rope. The motion forced the liquid to curve
up the sides of the bucket to brie y form a sunken shape. Inspired by this experiment, Silo Studio have developed a machine that spins colourful resins at high speed to form a series of striking bowls that each uniquely capture a moment in time.