Ryan McLeod invites you to discuss issues relating to design and creativity as part of his installation of the Creative Chit Chat – Dundee podcast. Throughout the festival he will be recording the audio from these conversations to be released as a series of episodes. 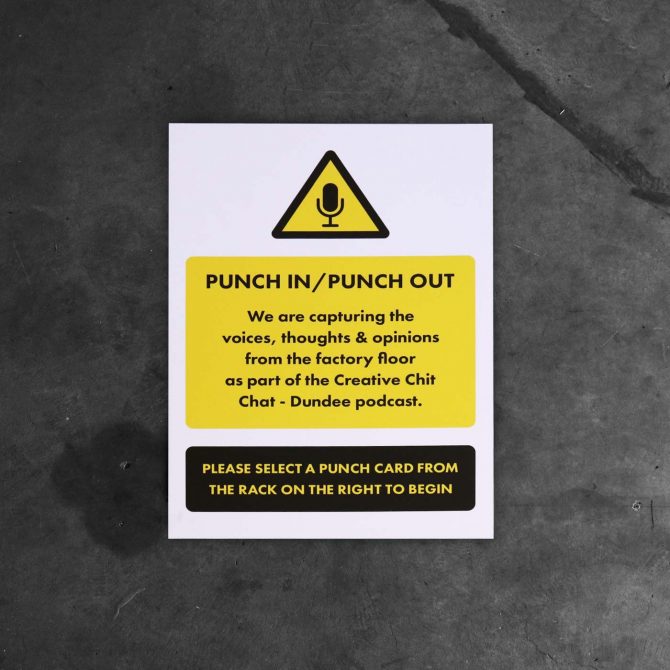 Ryan McLeod invites you to Punch In and share your stories around design and creativity as part of his Creative Chit Chat podcast. Simply choose a question or topic from the punch card rack, come in and have a blether. Add your own question to the rack for others to answer before you Punch Out.

The audio from these conversations will be recorded throughout the festival and edited down into a series of podcast episodes. These will be released on Ryan’s podcast: Creative Chit Chat – Dundee.

To listen to some of the back catalogue of episodes capturing the journeys, working practices and thoughts of creatives in and around Dundee, head to cccdundee.com

There were so many amazing people that came to the festival and got involved with Punch In/Punch Out, thank you to everyone who came in and had a go. We recorded over 100 chats with people of all ages and now the first 2 in the series are available to listen to below:

To keep up to date with the future episodes and to listen to the rest of the podcast follow on twitter @cccdundee and visit the website cccdundee.com 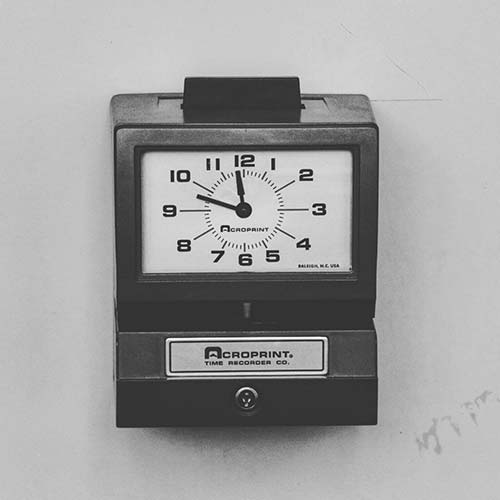 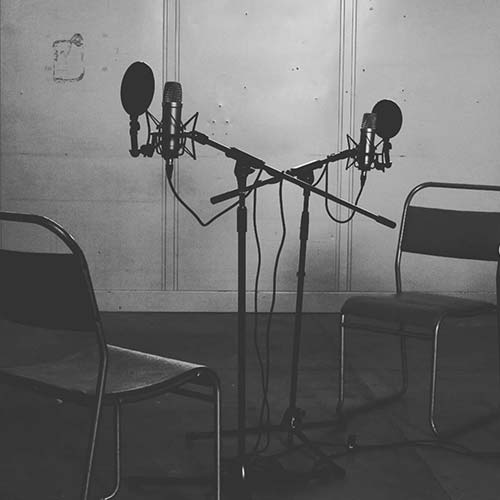 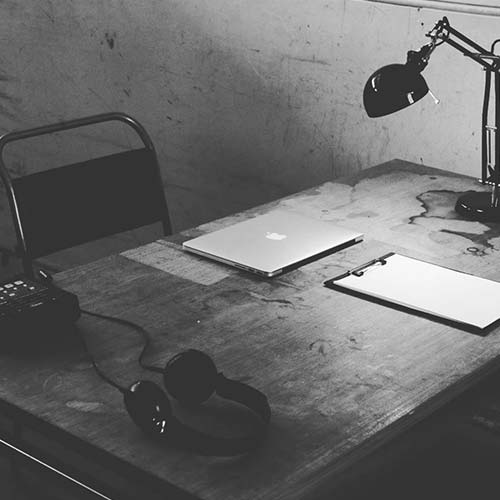 This is the question I picked for my quick fire interview with @cccdundee podcast at #dundeedesignfest – the answer involved Bill Murray. pic.twitter.com/l0MJFt5HvD

I love this retro clocking-in machine I saw at the Dundee Design Festival! #dundee #dundeedesignfest

Finally getting to realise my podcast dreams #dundeedesignfest

In Dundee? Come sit and have a chit chat about design, living, Dundee – anything! Be part of the next @cccdundee podcast! #dundeedesignfest pic.twitter.com/TWYpVdvO7m

Creative batteries fully charged after time with #dundeedesignfest! Thanks @cccdundee for having me along this afternoon. pic.twitter.com/WXqUR7QugA

When the light hits the right way at #dundeedesignfest on @cccdundee punch in/out board 👌🏻 pic.twitter.com/r7255Gr7ln

Punch in // Punch out. A nice edition to @designdundee was this small podcast recording studio for @cccdundee Choose a question to answer, punch it in, record, write a question to add to the list. @lyallbruce @sooperdd was the one asking me the questions today. This question was the one I chose to answer, although I was also tempted by the favourite Pantone. #dundeedesignfest #CreativeDundee #Design #Dundee #weekend